Preserving the Past to Teach the Future. Our mission is to collect and preserve Kenosha County's history through education, programs and exhibits.

Restoration of a Historic Building 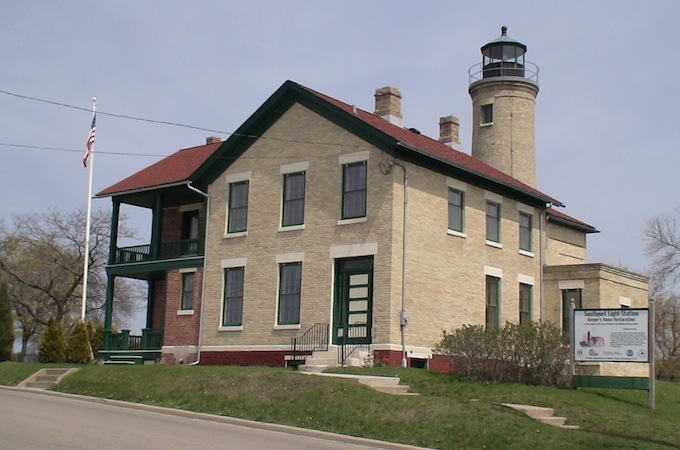 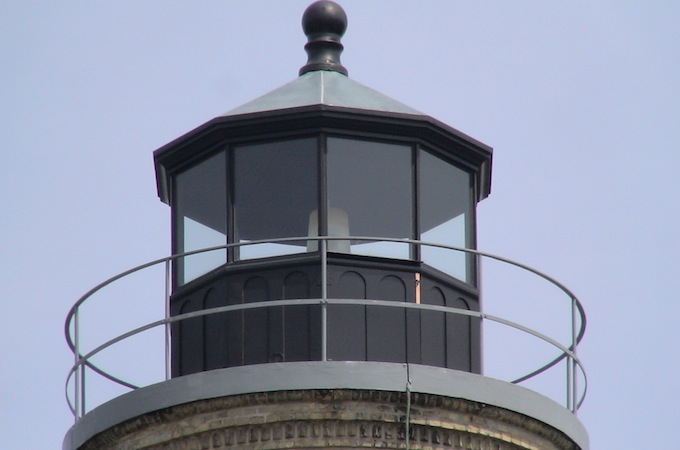 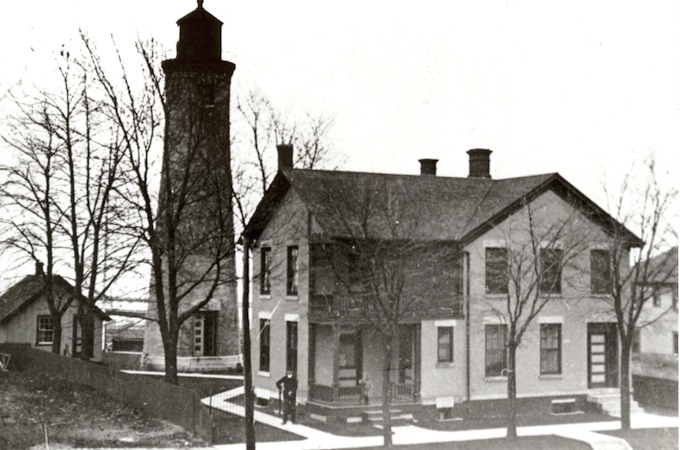 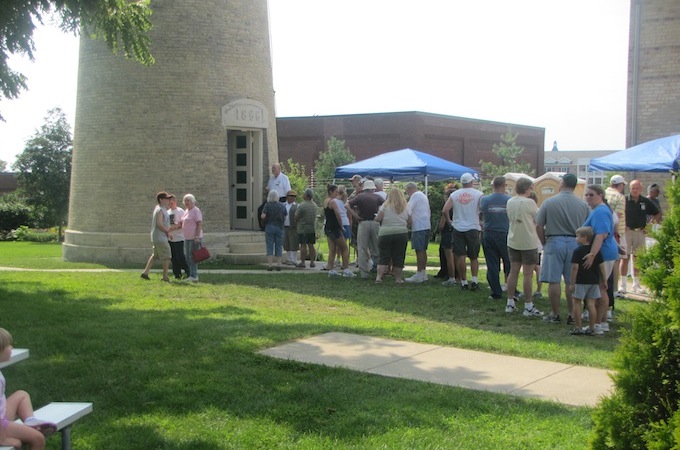 The Kenosha Southport Lighthouse, built in 1866, is the third government lighthouse built on Simmons Island, formerly Washington Island, in Kenosha, Wisconsin. The tower is constructed of Milwaukee Cream City brick and is conical in shape. The height of the tower from the base to the lens focal plane is 55 feet, with an added 19 feet from the base to the water level, making the focal plane of the light 74 feet above the lake level. The original light was a fixed white light, varied by flashes, from the fourth order Fresnel lens. Originally designated as a coast and harbor light, the light station was the first navigational light a mariner would see upon entering Wisconsin from Chicago. It was functional until 1906 at which time it was replaced by taller light stations built to the north and south. A new pierhead lighthouse located on the north harbor pier identifies the harbor entrance. The lantern room was removed around 1913 and replaced with a 25-foot tripod mast for the display of storm warning flags and lights. The weather signal tower was removed in the 1960's, at which time the Southport tower was boarded up. A 1989 restoration feasibility study by the Kenosha County Historical Society led to the preservation of the tower. A replica of the lantern room was positioned on the tower on May 7, 1994, completing the first phase of restoration. The 1866 Kenosha (Southport) Light Station is listed on the Wisconsin and National Register of Historic Places.
Kenosha County Historical Society along with the City of Kenosha restored the 1867 Lighthouse Keeper's residence beginning in 2001. A restoration plan was completed in 2002 and was funded by a Wisconsin Coastal Management grant. Minor interior demolition also commenced in 2002. The plan focused the restoration of both the exterior and interior to an 1908 time period. A grant was also obtained from the Community Block Grant fund (CDBG) in 2004 from the City of Kenosha. This grant funded a new roof and the tuckpointing of two historic chimneys and the reconstruction of a third chimney.

This led to a second grant from the Wisconsin Coastal Management Program, which funded a large portion of the exterior restoration of the building. At this time, the City hired the architectural firm of Engberg and Anderson Design Partnership. This portion of the restoration included the demolition and reconstruction of the historic porch, replacement and repair of damaged wood trim and cream city bricks, the cleaning of the bricks, relocation and enlargement of the rear entry and the construction of a handicapped entry.

Interior floor plans and details were completed by Eric Johnson, a student of Gateway Technical College, in cooperation with Engberg Anderson. Engberg Anderson compiled construction drawings and specifications for interior restoration of the building. The interior restoration was completed with funding through the Transportation Enhancements Program from the Wisconsin Department of Transportation (WisDOT). This grant funded the restoration of hardwood floors, repair and reconstruction of plaster walls and ceilings, relocation and recreation of doorways, the repair and restoration of the historic staircase and new historically accurate wooden windows.

How can I help?

The work is still not done! The Kenosha History Center still needs to raise additional money for continuous maintenance. To raise additional funds, the History Center features several programs including the following: Memorial bricks on the north side of the Keeper's residence and around the lighthouse, lighthouse keeper bricks in front of the lighthouse,and window sponsorship. You can also help by attending one of the Lighthouse events, climb the tower or make a general donation toward the lighthouse. Click here to download a brochure detailing all of the ways that you can help out.

Light the historic 1866 lighthouse for a loved one as a memorial, celebration or as a contribution to the restoration and upkeep of the Southport Light Station. Families, friends, individuals or organizations can light the 1866 lighthouse for a special person, occasion, anniversary, birthday or memoriam. Lighting the lighthouse is done as a package; the lighthouse is lit the evening of the requested date from dusk to dawn and an accompanying ad may be placed in the Kenosha News that morning. Packages are $35 with a short amount of text, or $50 for longer text and/or a photograph. The ad will always have a sketch of the lighthouse and says, "THE LIGHT SHINES. Tonight the 1866 Kenosha Southport Lighthouse shines in..." Customers write their own text after shines. Send an email to staff to "Light the Lighthouse" or to request more information.